Jamie Hersch, who covers the Twins for FOX Sports North, was on MLB Network today and discussed the eating habits of top baseball prospect Byron Buxton. His pregame meal of choice might sound familiar to Seattle Seahawks fans:

“It’s a routine that’s gone back to high school … He eats between four and six bags of Skittles before each and every game that he plays … I asked him if he ever experiences a sugar crash. He said no, once the game starts the adrenaline takes over.”

Marshawn Lynch has a smile on his face.

When I looked for some links to support this, I found some interesting habits that Buxton has regarding the sweet candy treat. From last December:

Remarkably lean, Buxton wants to add 15 pounds of muscle to his wiry 185-pound frame. He has stopped eating fried foods and burgers, although he keeps a pound of Skittles next to his bed. “I eat eight to 10 packs of them a day,” he said. 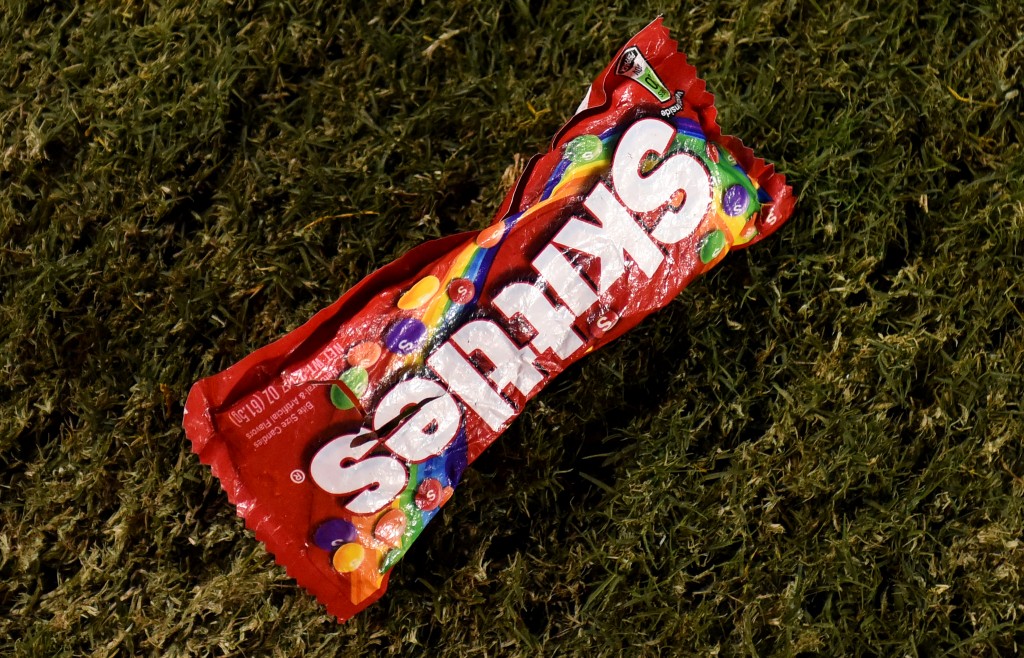 Maybe Byron Buxton no longer needs to keep Skittles by his bed, since as a major leaguer he can have Skittles appear at any moment. But a pound by his bed? Eight to ten packs a day? That’s not just addiction, that’s dedication to addiction. To not be able to get out of bed without having the option of Skittles seems a little extreme. But hey, you’re talking to somebody who can’t get out of bed in the morning without checking his phone. And be honest … you have the same addiction, don’t you. So who am I … and who are you … to judge someone’s love for sweet, tasty Skittles?

Unless they’re those Tropical Skittles. Then that’s just weird.