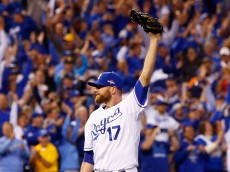 Congratulations to the Kansas City Royals for advancing to the American League Championship Series with a 7-2 victory over the Houston Astros in a deciding Game 5 of the ALDS. What it all means is that Nick Beffer, general manager of Jack Stack Barbecue in K.C., won himself some barbecue from Houston. Nick Beffer runs a […]