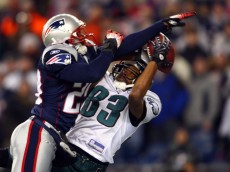 Eddie Jackson was an NFL defensive back who played for the Panthers, Dolphins, and Patriots from 2004-2007. After retirement he became a personal trainer. So you might be surprised to find out that Jackson’s next chapter in life might take him to the kitchen to become the next Guy Fieri. He’s certainly following in Fieri’s […]