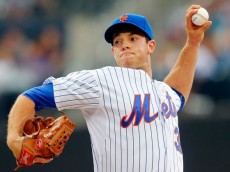 Steven Matz had a debut for the ages on Sunday for the New York Mets. He pitched seven and two thirds innings for the victory, and became the first pitcher in major league history to knock in four runs at the plate in his major league debut. You would think a debut like that would […]