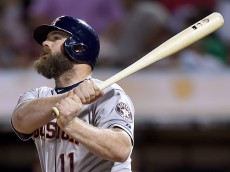 The Houston Astros were not supposed to be this good this fast. Between 2011-2013, they won 162 games … total! They’ve undergone a makeover that has them at 76-64 this season which is two and a half games better than the Texas Rangers. Now, it would be prudent to credit the progression of superstar Jose Altuve, […]